Charles W. Herbster from Falls City, Nebraska, is a farmer and the owner and Chief Executive Officer of: 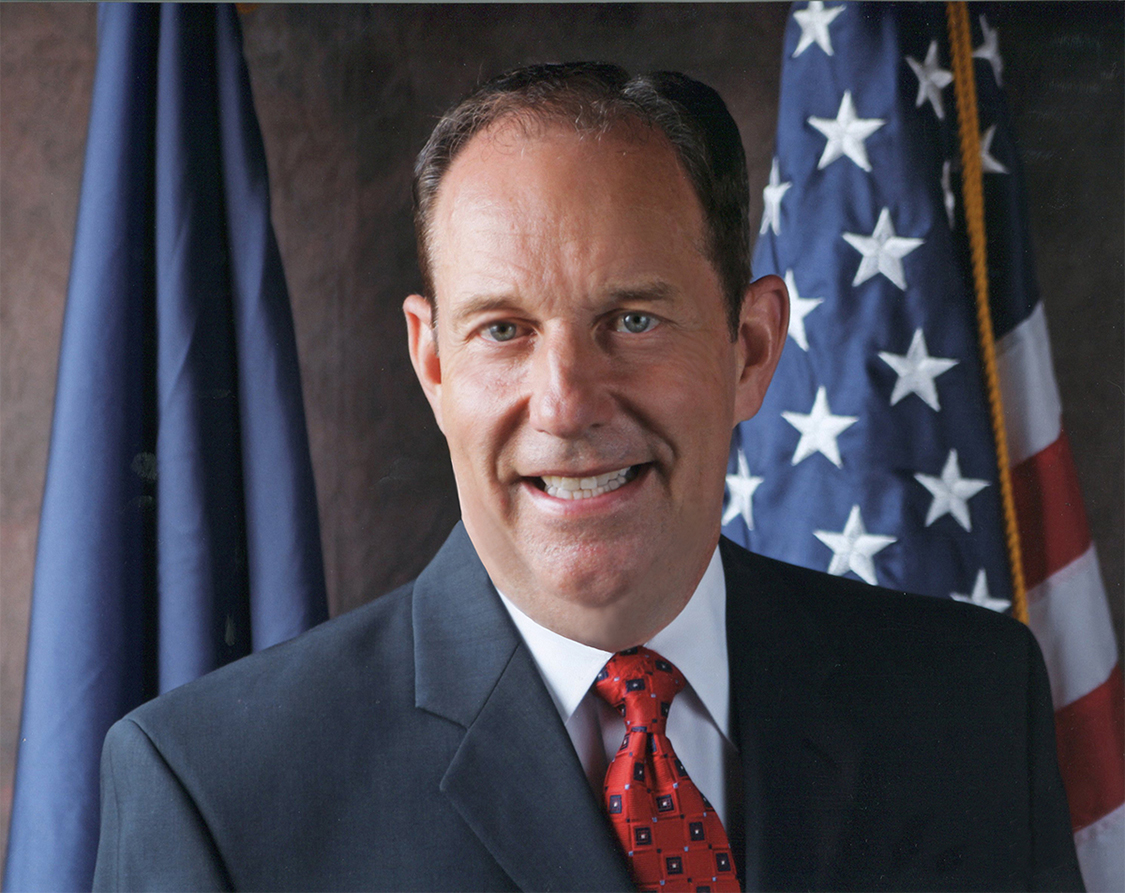 Carico Farms Inc., have been in Charles' family since first homesteaded in 1847 by Charles' great-great-grandfather, William McKendry Maddox. Today, the farms produce corn, soybeans, and dairy-quality alfalfa hay. In addition to the row crop operation, Charles started in the Angus business at the age of 10, beginning with his Grandmother Carico’s purchase of registered Angus cattle for him. The cattle provided a training ground in life and strategic lessons for business success. Charles’ passion for the Angus breed grew into Herbster Angus Farms Inc.—an elite Angus herd marketing genetics and semen worldwide.

North American Breeders Inc. is a premier bull semen collection operation in Berryville, Virginia. This purchase gave Herbster Angus Farms full control of their bulls, the quality of semen sold to breeders, and the ability to ensure the legacy of North American Breeders by serving the cattle industry far into the future.

Charles graduated from Falls City High School. He attended the University of Nebraska for nearly two years, returning to the family’s farms upon the death of his mother. While attending the University, Charles was the Nebraska Vice President of Future Farmers of America (FFA) and traveled extensively throughout the state, speaking about agriculture. Charles became a Conklin Distributor on Dec. 1, 1976; he was appointed a Conklin Director July 1, 1977, setting a company record for the pace at which anyone had reached this coveted title. Bob Conklin, then Owner and Founder of the Conklin Company, requested Charles join the corporate staff and accept the position of National Sales Manager. He traveled the country throughout 1978-79 serving, supporting, and training Distributors coast to coast.

In 1980, he resumed his role as a Conklin Director as well as assisting his Grandmother Carico in operating the family’s farms. He married his wife, Judy, in 1982, and they built their Conklin business together. In 1992, Charles became majority shareholder of the Conklin Company when he purchased 52% of the company from the Conklin family. In 1994, he became the sole owner, which fulfilled his 15-year goal to play a major role in preserving the foundation on which the company was built upon and maintaining the opportunities of the free enterprise system.

Charles is the Chief Executive Officer and took on the role of President and Chief Operating Officer upon his wife’s passing in May 2017. Conklin's administrative offices are located in Kansas City, Missouri, and its manufacturing operations and distribution warehouse is in Shakopee, Minnesota. Conklin is one of few companies left today that is "farmer-owned." Charles is proud of the products Conklin produces and sells right here in the United States of America!

Charles is active in Republican politics and continues to serve as the National Chairman of the Agriculture and Rural Advisory Committee for President Donald J. Trump. He is a member of the Nebraska Farm Bureau, the Nebraska Cattlemen Association, American Angus Association, and the NRA. Additionally, Charles has been actively involved with the National Day of Prayer for more than a decade, sharing the significance of prayer in the United States—from our Founding Fathers all the way to today’s national leaders.

Knowing the importance of an education and the value of supporting the academic development of America’s future leaders, Charles invests in the education of students pursuing a college degree through the Charles W. Herbster Foundation.  In addition, Charles provides financial support to the Angus Foundation, which includes programs dedicated to education, youth, and research in the Angus breed and the agricultural industry.  Charles has donated more than $1 million to these important foundations and continues to lend his support to America’s youth.